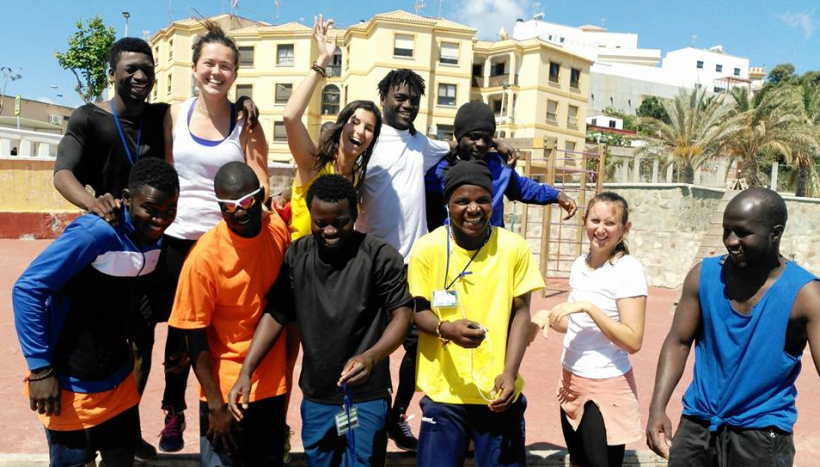 I first experienced the intensity of leaving home aged eighteen heading off to spend three months in Senegal – an overwhelming sensation of anxiety, impossible to distinguish from excitement. To leave home was to leave the place where I felt belonging and familiarity, surrounded by people who loved and supported me. The voices in my head asked why I would leave such a place to enter a potentially lonely, unknown land. But I loved Senegal and despite my fears, when I came home a few months later my life was ready to pick up where I’d left off. Two years later as part of my degree, I spent a year studying in Mexico. During that time my dad called to say that my grandmother was in hospital and that she would probably die overnight. I knew that I would be on the next flight home for her funeral.

It was when I started working with West-African refugees in the Spanish enclave Ceuta in North Morocco that I realised what an unbelievably privileged relationship I have with “home”. I could travel the world, live abroad, yet go home whenever I needed. I could nip back for Christmas to embrace my dearly missed family. One of the nicest things about leaving home was coming back. The migrants I met in Ceuta, all incredibly brave, inspiring humans, felt more like my friends than most of the Spanish locals I met. We connected over the fact that I too was an outsider and that we shared the same drive to seek a better life away from our homeland. Yet there was a heart-breaking difference between our situations. They couldn’t just pop home for Christmas.

Many of the West-Africans who arrive in Ceuta have been chosen by their parents as the strongest, most capable of the family to go to Europe to work and send back money. Others leave to escape government persecution. They enter Ceuta illegally by risking their lives coming over by boat or climbing the huge fence which surrounds the city often after months or years of failed attempts. Once they’re in Europe it will take  a very long time before they gain the legal papers to return home and in many cases they remain illegal immigrants. So they won’t go home for at least five years or twenty years or maybe never.

I used to watch them talking to their families on Facebook for hours each day. I saw the sadness on the face of one of my Cameroonian students when told his brother was dying, yet he would never get the chance to say goodbye. I thought of my dad’s call about my Grandmother in Mexico, increasingly aware of my privilege. Even more so when I was asked to attend the funeral of a migrant who had died at sea rowing over to Ceuta. There were only three of us at his funeral, me and two of the other volunteers from the migrant centre. Without a passport or a name it was very difficult to find his family. The ability to have my funeral at home surrounded by family and friends is a privilege I had never even considered.

During my time in Ceuta I facilitated a music workshop where each week we composed new songs together using improvisation. One song in particular I will never forget. The drums pounding, the chorus sung in three part harmony: “Mama un jour je viendrai”, meaning “Mother one day I will return”. I couldn’t hold back the tears, remembering hugging my own mother goodbye five months previously with the unforgettable sense of the preciousness of life; big goodbyes always leave me momentarily distraught. And then I thought of how it must have felt for these young men to say goodbye to their families, to their homes, knowing that it will be at least five years till they return, or maybe never. Living abroad has taught me that home is not a country or a city, but the place where the people that you love the most live. The freedom to see those people, by taking a plane or a train or a wander, is a privilege that should not be underestimated 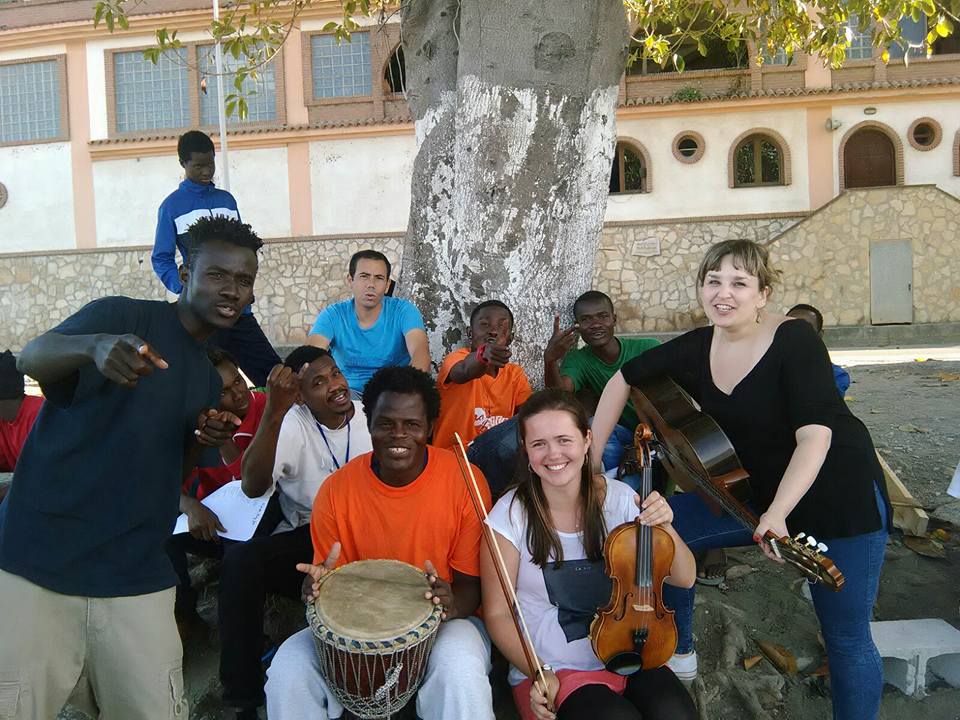