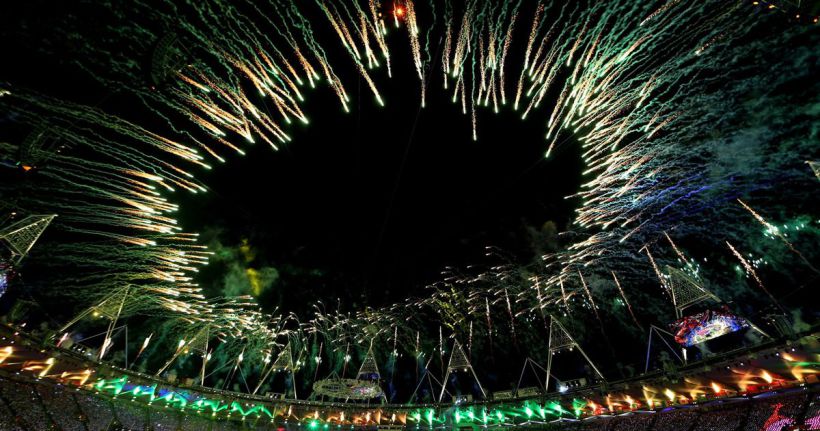 On holiday last July, we four Brits got changed behind some bushes beside a busy lake on the outskirts of Montpelier. To the groups delight, Tom mid-change tripped and fell bare-bottomed onto a rock. We all laughed a lot. A few minutes later an aggressive looking French man appeared and shouted “English? English?” whilst thrusting his clenched fist. “Um yes English” we replied. “Don’t like English! English not welcome!” he repeated in his thick French accent all the time swinging his fist. He finished with “Go home”, turning his back and went for a swim. It was unexpected, intimidating and we decided it was best to leave before things escalated. I plucked up the courage to approach his friends to ask in my best French why their friend didn’t like English people. They explained that when Tom was changing he had revealed his nakedness to their friend’s son which had upset him. Fair enough, perhaps, but this did not justify him uttering aggressive xenophobic abuse. This is the first time I have personally experienced xenophobia; it got me thinking about what it takes for a human to decide that another human is not to be tolerated based on their nationality.

This question came to my mind again, when talking to Nadia over a cup of tea at the Bromley by Bow community centre. Nadia a gentle soul and active member of the community, moved to the UK from Somalia in her 20s and now lives with her husband and three kids in Dagenham. After recently moving to a new house her children reported that the woman next door kept shouting at them over the garden fence. At first Nadia was reluctant to confront her neighbour in fear of an escalation of conflict but eventually she asked “Why do you keep shouting at my children?”. The woman responded “We don’t like your folk here, go back to your country”. Nadia looked at me smiling and said “It’s funny because I’d like to go back to my country one day but it’s too dangerous. The UK is my home now, I’ve been here for almost 20 years”.

There are some clear differences in these two cases of xenophobia. When the French man told us to go home, it was unpleasant, but we knew in a few days we’d be safely “home” on British soil. After leaving the lake we laughed a lot; there was an entertaining irony to the situation- after all is it not the French who are famous for sexual liberation and nudist beaches, whilst the English critiqued for their prudishness? In comparison there is absolutely nothing funny about Nadia being told to go home to Somalia standing in her own back garden in front of her British born children.

The third time I sat down with Nadia for a cup of tea, she shared some childhood memories. “Me and my three siblings would sit on the steps outside of our front door and watch gun shots spray across the night sky, they were beautiful to watch, like a firework display. My mum would hurry us inside and divide us up to hide in different parts of the house. Someone under the bed, someone else under the bookshelf in the study, all sorts of places. Later I asked my mum why she did that. She explained that if the house was bombed, if her children were hidden in different parts of the house there would be less of a chance of losing all of them at once”. I asked Nadia how long her and her family stayed living in Mogadishu (capital of Somalia) before they left. “Almost a year. Everyone around us was being killed. One day my parents told us we had to go, we left everything and escaped to Ethiopia. From there we applied for a visa to come to the UK because my dad had family there. I am so grateful that I can bring up my children in this country where there is peace. The thing that upsets me the most about the woman next door telling us to go home is that it’s really confusing for my children. This is the only home my children have ever known”.

One similarity between Nadia’s neighbour and the French man is that both xenophobic individuals have experienced an influx of foreigners to their local area. The migrant population in the UK has doubled in the past 10 years, from 3.8million in 1993 to 8.3million in 2014. Around forty percent of London’s population are now born outside of the UK. During this time period the UK has witnessed austerity cuts and a housing crisis, whilst tabloids such as the Daily Mail are responsible for scapegoating migrants for society’s problems. Most people who voted to leave the EU in June cited a dislike of increased migration to their local area. In the case of the French man, he witnessed the arrival of 500,000 British fans to his local area during the Euro championship last June. These fans appeared daily in the French tabloids for drunken disorderly behaviour. Since July polls showed a marked increase in hatred by the French towards the English.

At a time when racism, xenophobia and fascism are on the rise in global politics, it’s an important time to reflect on what is causing this growing hatred of the “other” and how we can instead forge compassion and celebration for the diversity of humanity. Maybe if the French man had sat down for a moment to talk to me and my friends he would have soon realised that we are nothing like the drunken football hooligan who perhaps insulted him and made him decide he hated all English people. Equally I can only hope that if Nadia’s neighbour took a moment to listen to her story, surely she would not be unkind enough to suggest that she “go home”.

Planes and Prejudice: cultural fault lines in the Meadows