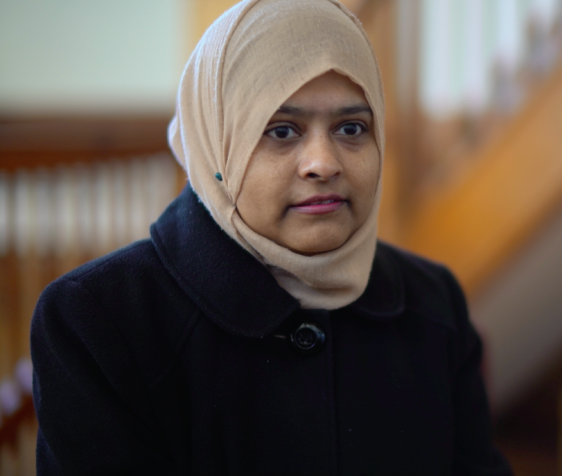 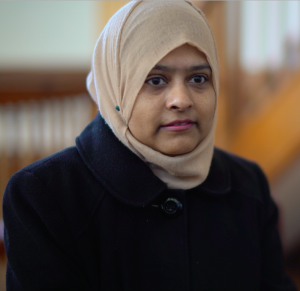 I recently finished a six month placement at the Bromley-by-Bow community centre, located in Tower Hamlets, one of the poorest and most ethnically diverse boroughs in London. 43% of residents are born outside of the UK and come from over 200 different countries. My desk was placed in the English for Speakers of Other Languages (ESOL) office. Individuals with an extremely low level of English (despite having lived in the UK for 5, 10, 15 years) came knocking, asking for ESOL classes, to be told there were none available. I discovered that the government has cut ESOL funding by 50% over the last 5 years. There are currently 700,000 migrants in the UK unable to speak English well and 138,000 unable to speak it at all. Only 150,000 of these individuals are enrolled in ESOL classes, in most cases due to the difficulty they encounter in accessing them. In my opinion these cuts are a reflection of the government’s reluctance to give migrant communities the necessary support they need to integrate. 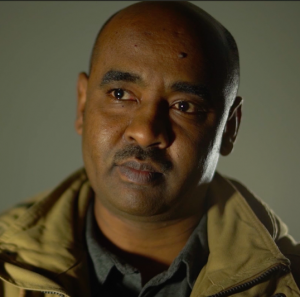 all nationalities to discuss thoughts and feelings in English. The idea being that if you’re talking about something that really matters to you, even if you don’t have the vocabulary, you find a way to express it. Week by week I was meeting individuals from Ecuador, Brazil, Bolivia, Mexico, Rwanda, Nigeria, Uganda, Eritrea, Somalia, Iran, China, Bangladesh, Lithuania, Poland and Latvia. Everyone came with such a different story, and yet what they all had in common was the frustration and isolation they felt, living in the UK and unable to communicate in English. I would like to introduce you to a few.

Firstly Josiane, a Rwandan woman in her late 70s who wears a colourful headscarf and a glowing smile. It’s only when I ask her if she’d like to speak in French that the stories unravel. She worked as a teacher in Rwanda and had just enough money to pay for a flight when the genocide broke out. On boarding the plane they told her she was going to Paris, but she ended up landing in London. In her own words “C’est comme je suis tombée du ciel’’ (It was as if I fell from the sky). And that was when her life in the UK began, 16 years ago. “I didn’t speak the language, I didn’t know where I was, I didn’t know where I could sleep or eat. I just knew that I was away from the men with the guns who wanted to kill me”. She explains that she hasn’t been able to return to Rwanda to see her family since she arrived because she is still waiting for a passport from the Home Office. “I had a beautiful old house in Rwanda and a big garden with tropical flowers. Now I live in a tiny flat in Poplar on the fifth floor. But every day I feel grateful for the peace in this country. And I have some nice flower pots on my balcony”. 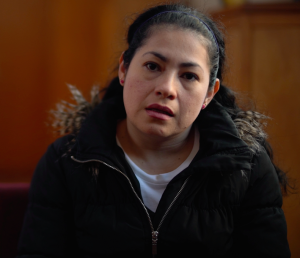 Jolanta is an eighty-two year old Lithuanian woman with a huge personality. One day she tells me about her childhood:”When I was twelve years old my parents and my siblings were taken away to labour camps in Siberia. We were [an] educated family and Stalin didn’t like [that].  I was the only one who wasn’t taken because they didn’t find me. I lived alone hiding in [my] family home. My father and siblings all died in labour camps. But my mother came back ten years later when I was twenty-two”. I asked her how she felt when she saw her mother again. “Wonderful! I held her so tight. I had [a] five month old son when she arrived. He died a week later from [an] infection. If my mother hadn’t been there that day to take his dead body from my arms when I [couldn’t] stop crying, I don’t know what I would have done”. I asked her if she likes living in London. “Oh yes. [During] winter in Lithuania I cannot leave [my] house alone because the snow [is] up to here” she points to her waist. “In UK I am free”.

I will never forget my first conversation with Claudia, a pretty girl in her late twenties. I ask her where she is from. “I grew up in Nigeria. My Mum and Dad were shot by the opposition when I was four years old. My grandmother brought me up. She [is] so amazing. Last year she died”. She starts to cry so I hold her hand. She continues “After she died a man told me he had [a] job for me in England. So I went with him. He locked me in [a] room and his wife beat me everyday. They forced me to have sex with men. After six months the wife forgot to lock [the] door. I ran out, not knowing where I [was], I thought I [was] in England but I [was] in Scotland. I cry out for help in [the] street, crying and crying. They ignore me. Until [a] white woman save my life. She pay for bus to London, whole nine hours. Now I live in her house. She [is] so kind to me. But I feel so sad and alone. I can’t sleep at night. I miss my grandmother”. She looks up at me and asks “You have brother sister?”. “Yes I do” I say. She responds “You so lucky”. We share a moment of silence. “I want job but my English not good enough. I want English classes but can’t find, you know where?”. 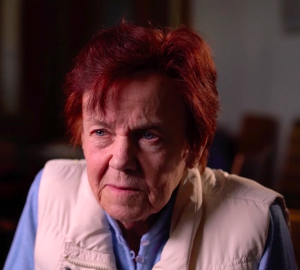 Leonor aged thirty-seven, was brought up in a small Ecuadorian village, never went to school and had little chance of finding work. One day she was offered the chance to go to Europe. She told me it was “una oportunidad de una vez en la vida” (a once in a life time opportunity). She explains “the hardest part was leaving my daughter behind for five years, and also when my mother died and I couldn’t afford to fly home for her funeral”. I met Leonor when I was asked to translate for her in the Bromley-by-Bow GP practice. Her four year old child is refusing to speak. The doctor explained that hearing only Spanish at home and English at nursery is confusing her child’s brain. The doctor advised that Leonor start to speak to her daughter in English. Leonor was very upset that day “It’s impossible, I have lived in the UK for five years but I can’t speak English, and anyway I don’t know where to find English classes”.

Ahmad a smiley man in his forties, studied law at university in Sudan where he became heavily involved in student activism. He explains in Arabic that “in Sudan if you don’t work for the government you’re not safe. Expressing any dislike for the authoritarian regime is very dangerous”. Fed up of living in fear of persecution, he decided to risk his life taking a boat from Libya to Italy in very dangerous sea conditions. He then spent time in Calais refugee camp before arriving in the UK hiding in the back of a lorry. He is waiting for his daughter and wife to join him in the UK. He says he feels very alone and sad without his family, every day he is hoping for a call to hear that they have been granted the right to join him. Despite being a qualified lawyer in Sudan, his qualifications don’t count in the UK. He is now training to work as a fork lift driver. He explains in Arabic “I’d love to be a lawyer in the UK, but first I need to learn English so I can redo my law degree at an English university”.

Noor aged thirty-six, agrees to be interviewed for a film I’m making. I ask her how it is to be away from Bangladesh. “Yes yes” she looks up embarrassed “Sorry no understand”. After several failed attempts to converse in English I ask “Why don’t you talk in Bengali and we can get it translated afterwards?” She agrees. “How do you find living in the UK?”. She looks at the camera and starts to slowly answer, then begins to weep, all the while talking faster and faster. I don’t know what she is saying, but I feel very moved watching her. Afterwards I find someone to translate the interview. “The UK is difficult because I’m all alone here with no husband. Eight years ago my parents organised an arranged marriage for me in the UK. When I got here I couldn’t have children and so he left me here and went back to Bangladesh and told everyone I had been unfaithful. I can’t go back to Bangladesh now because of the shame. I miss my mum so much. I talk to her everyday on skype. I wish I had stayed with my mother and never come. I can’t get a job because I don’t speak English”.

I want to live in a society where every individual, the likes of Josiane, Jolanta, Claudia, Leonor, Ahmad and Noor can feel fully integrated members of our community. This is what inspired me to start the The Beyond English Club which…

*Names have been changed

Time to Life the Ban