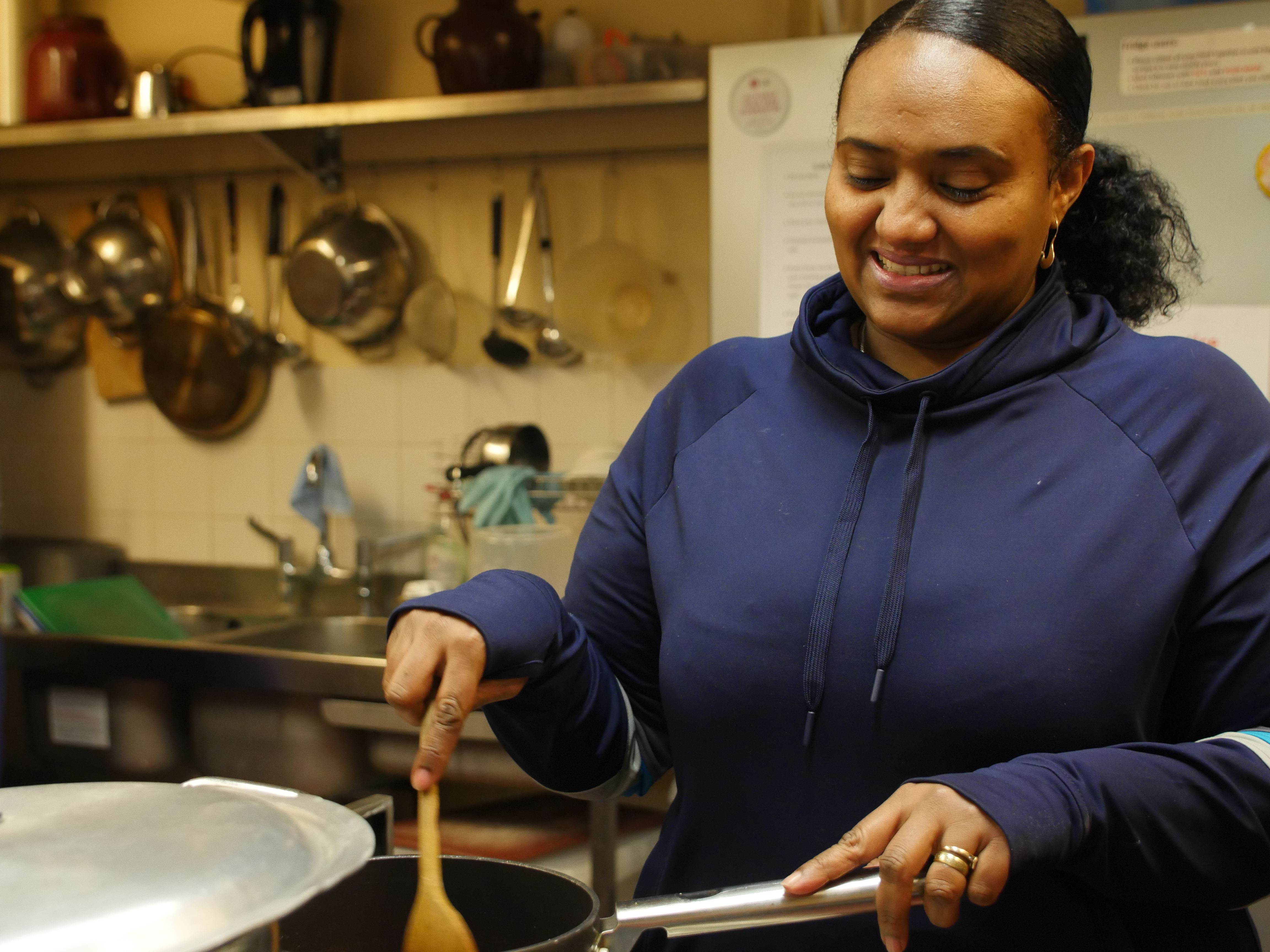 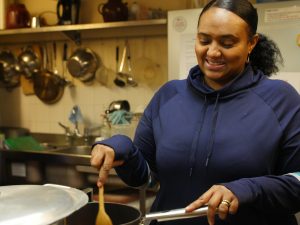 Woin’s used to skepticism from dedicated meat-eaters, but she’s out to convince the world that vegan food can be varied, delicious and accessible.

And as an Orthodox Christian who avoids meat on for more than two-thirds of the year, she’s armed with plenty of recipes to convince the naysayers.

She recently worked her magic on a community centre in Bromley by Bow, who had said they wanted meat for their event because they thought vegan food might be dull.

“I want everyone to eat really comfortably,” said Woin. All the same, she thought, there was a challenge here. Give me a chance and I’ll make you something tasty, or you can have your money back, she said.

They liked it so much that they asked her to cater for them again.

Here’s one of the recipes you can cook at home.

Woin’s vegan scrambled egg*, a recipe from her mum.

*There’s no egg, it’s made of chickpeas, but has the same filling consistency. Best eaten with some curries, side dishes and injera, a type of Ethiopian sourdough flatbread. But it doesn’t matter as long as you make it to your tastes and enjoy it.

Once Lent is over, Woin will be eating plenty of lamb with her family and friends.

But vegan foods are her specialty – she’s hoping to open up a restaurant where people will be able to enjoy her cooking. Until her business studies are finished and she can set herself up, you can come to one of her classes and she’ll teach you dishes to prepare at home. And they’ll keep in the fridge too, so it’ll save you some cooking later in the week.

One of the other dishes is a red lentil dish, which has made up quite a few of her meals both in Ethiopia and in the UK. “Lentil is like the main dish in Ethiopia in the fasting period,” she explains.

Woin will also be teaching a few curries and side dishes to go with injera. You’ll get to cook with an Ethiopian spice mix called berbere and find out what it takes to get Ethiopian food smelling so fragrant.

One hint: it takes a lot of patience!

Migrateful Stands in Solidarity With The Black Lives Matter Movement