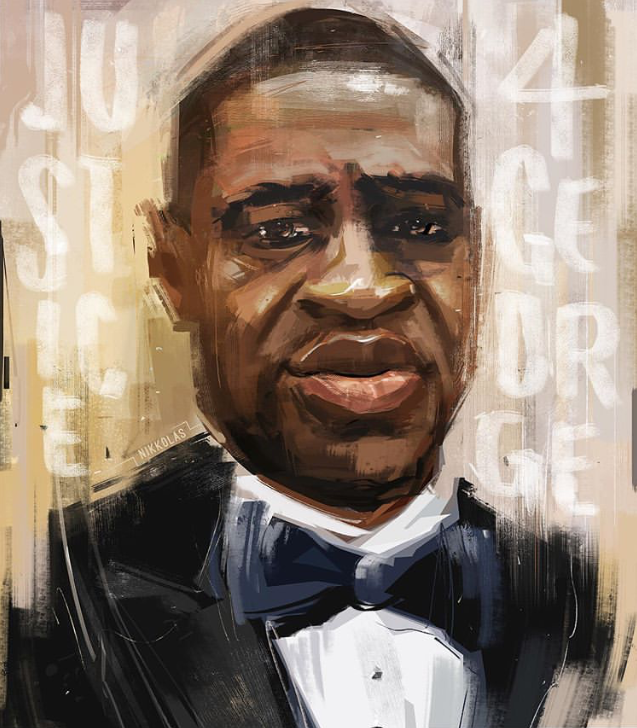 The death of George Floyd, brutally murdered by a white Minnesota police officer on the 25th May 2020, has filled the Migrateful community with anger, along with millions of observers around the world, many of whom have taken to the streets in protest. Betty the Migrateful Nigerian chef summed up our feelings when in response to Floyd’s murder, she commented: “it makes me so angry, why is it that time and time again it feels like black lives don’t matter?! When will things ever change?”. George Floyd’s death is unforgivable, and represents a long history of ruthless murders orchestrated by a racist police force. This is not just a US phenomenon, people of colour have been killed by police in many other Western countries including the UK.

Migrateful stands in support of those currently protesting against this institutionalised racism. We are extremely moved by the passion and commitment of protesters, representing a diverse and largely peaceful group, seeking justice and much needed systemic change.

As an organisation dedicated to supporting refugees and migrants we have a direct responsibility to stand up to racism and to actively educate ourselves and others around us. Refugees and migrants both in the UK and around the world continue to face discrimination, oppression, and violence. Our mission to support migrant communities therefore requires us to stand in solidarity with anyone fighting to put an end to racism. We wholeheartedly denounce the attitudes and systems that discriminate and treat people unequally.

Last week one of our African chefs, who prefers to remain anonymous, went to the police after receiving racist abuse from a neighbour. The neighbour on numerous occasions made monkey sounds when our chef and her children walked past on the street. Not only did the racist neighbour make these noises but they also told our chef and her family to go back to Africa. The neighbour posted through our chef’s door, printed photos of her with racist abuse written on the back of the photos. Our chef commented “My skin is thick enough to handle this abuse, but the hardest part is trying to explain to my 5 children, all of whom were born in the UK, why this woman is telling us to go back to Africa”.

Hearing that one of our chefs has been receiving this sort of racist abuse has been extremely upsetting for all of us working at Migrateful. It is a heart-breaking reminder that racism in the UK is still so prevalent. We refuse to tolerate this behaviour and we need to do everything we can to fight against it.

Not only do we need to put an end to racist hate crime but we also need to fight against institutionalised racism. The news of George Floyd’s brutal death in the US has made us all reflect on the deeply worrying trends in our own criminal justice system in the UK. These 7 facts taken directly from Switchback’s twitter status highlight some of these injustices:

Part of Migrateful’s mission is to provide a platform for black voices and other marginalised groups from migrant backgrounds. Please follow us on Facebook, Twitter, and Instagram for concrete ways to support anti-racism work in the UK.

We must hold on to the hope that the persistent demonstrations and collective calls for justice will lead to landmark change in any society where racism still prevails. We all have to work harder and more intentionally to openly acknowledge and combat racism and inequality.

We stand in solidarity with all those speaking out against racism.

You can support the Black Lives Matter movement by donating to one of these funds:

The Bail Project provides funds to pay bail for those who have been arrested during the protests, and you can split your donation between the 39 bail funds.

The painting of George Floyd at the top of this page is by Nicholas Smith, taken from his instagram status with permission

Falling From The Sky