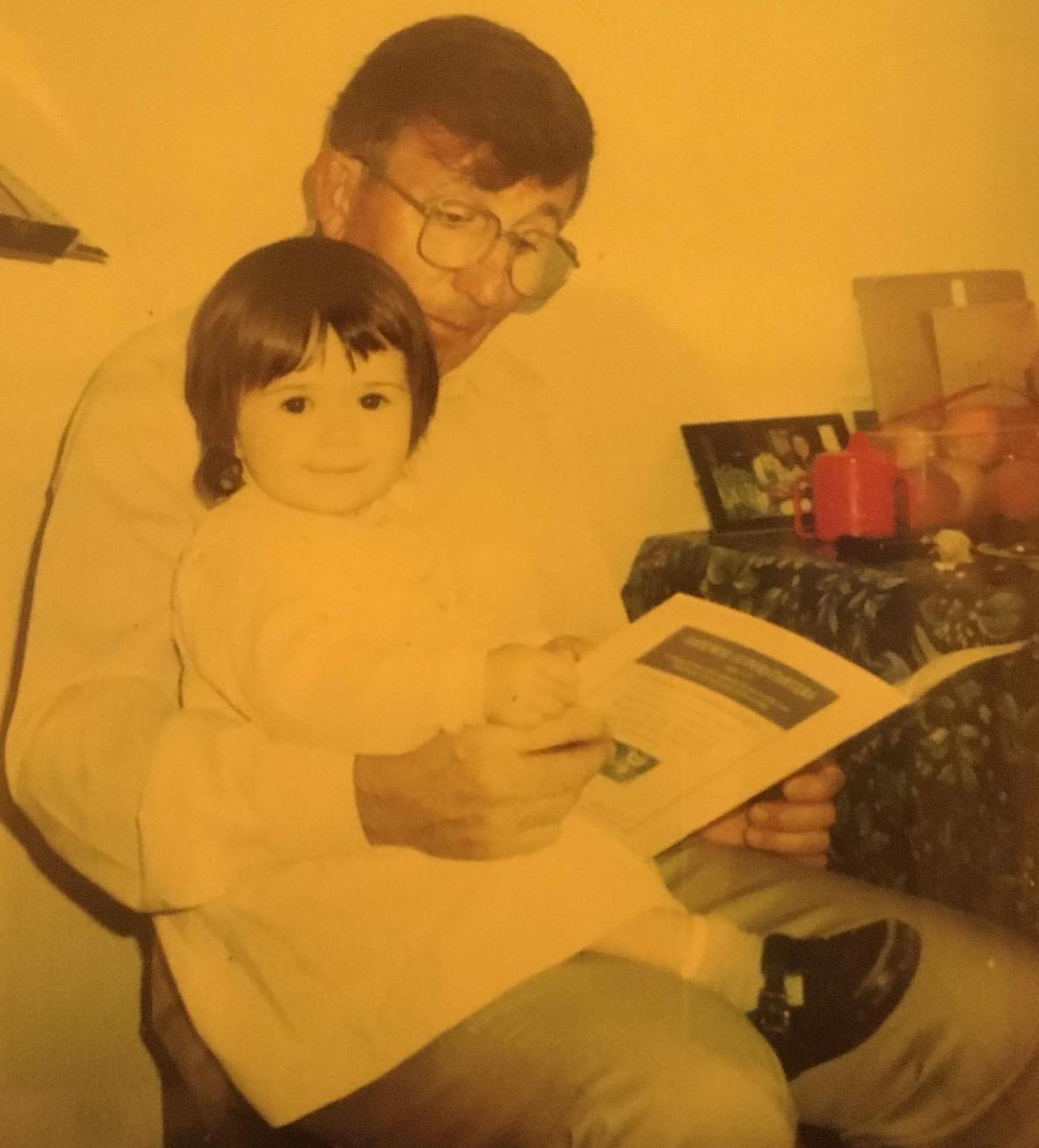 My Grandpa died last week, age 85. I loved him dearly and on hearing the news I felt a deep grief. Yet it’s much easier to feel at peace with his death knowing it was natural and he had lived a long, happy life. By contrast, when I read about avoidable and unjust deaths in the news, such as NHS workers dying from Covid-19 due to a lack of protective equipment, or the unforgivable racist murder of George Floyd, by a white Minnesota police officer; I feel a deep sense of injustice about the state of the world today.

My Grandpa lived through World War Two, a war leading to the death of 85 million people. He told me “after that war and the atrocities of the Holocaust, the world knew that things had to be different – that’s when the United Nations was created to make sure death on that scale never happened again. For the first time in history a declaration was set out with a list of fundamental human rights to be universally protected. It made us all feel hopeful that a society built on values of freedom, safety and equality was really possible”. 75 years later, now faced with arguably the biggest global threat to human life since WW2 (40 million lives were predicted to be lost if governments did not take immediate action to slow the spread of Covid-19), how well are governments doing at fulfilling their duty to preserve our universal right to life (Article 3, UN Declaration)?

On the day of writing this article (9th June), an estimated 408,794 people have died so far due to Covid since the outbreak began 6 months ago. You could therefore say that global efforts to stop 40 million people dying from Covid have, so far, been successful. This apparent success has been achieved because governments have enforced dramatic curbs on citizens’ day to day freedoms. Boris Johnson appealed to the “common sense of the British people” and demanded “please do not leave your house unless absolutely necessary. It really will save lives”.

At a time when we are called to sacrifice our personal freedom to “save lives”, it begs the question: which other lives could we be saving if further policy changes were implemented? The Covid pandemic makes the dynamics of global Necropolitics clearer than ever — a term referring to the conscious and systemic ways in which governments communicate to their nation in order to persuade and signal which lives matter. Achille Mbembe, the Cameroonian philosopher who coined the term Necropolitics, defines it as “the use of social and political power to dictate how some people may live and how some must die.”

The Prime Minister appeals to our civic responsibility to do the right thing and “save lives”. Shouldn’t that same responsibility continue when we talk about other types of preventable death? “This is no longer a test of whether Europe can manage the numbers, but whether Europe can muster the humanity to save lives”. This quote sounds very reminiscent of the rhetoric used in the Covid pandemic. It is a quote from UNHCR’s European Chief, Pascale Moreau referring to reducing the number of migrant lives lost to the sea. Since 1993, 27,000 deaths from drowning have been recorded over the crossing from Africa to Europe, which is now the deadliest sea crossing in the world, when in 2018, EU authorities agreed to significantly reduce search and rescue operations.

Each day since 2014, one migrant child a day has been reported dead or missing, and many more go unreported. And yet just last month the UK government released plans to prevent child refugees from being reunited with their families in the UK. This legislation will put these children at great risk of sexual exploitation, slavery and death. On the one hand we have a Prime Minister appealing to our “common sense and morality to save lives”, yet on the other hand he is saying that children (who have lost everything through no choice of their own), cannot be reunited with their parents. Where is the morality in that?

Betty, the Migrateful chef from Nigeria, was trafficked to the UK when she was 16-years-old, and had to wait 19 years before she was given her leave to remain in the UK. That’s 19 years of her life spent waiting, unable to work nor eligible to receive benefits. Betty’s story gives us a heartbreaking insight into the lived experience of the UK’s inhumane Hostile Environment Policy; a set of policies designed to make our country so hostile that migrants voluntarily leave. Under this same policy, the UK uses detention centres on a much larger scale than any other country in Europe — centres where the conditions are reportedly worse than prison conditions. We are also the only country in Europe which uses an indefinite detention policy, meaning detainees are locked inside, some for years, never knowing when they will be allowed out. During the pandemic, the number of detainees being held in UK detention centres dropped by more than two thirds for public health reasons. Are we really going to put people back in those inhumane conditions, people who in most cases have come to the UK in search of safety?

“Racism Is The Pandemic” was written on a protester’s banner at the Black Lives Matter protest last week. To me the parallels are undeniable: racism, like the spread of Covid-19, also requires governments to implement policies to combat it and save lives. Racist policies come in many forms; from whom they allow into the country, to the way our justice system discriminates against racialized people, to the way that policies have failed to tackle inequality leading to worse health outcomes for BAME communities. For example, data from the Institute of Fiscal Studies showed that the British BAME Covid-19 death rate is ‘more than twice that of whites’. One of the reasons for this is that BAME groups are more likely to live in lower economic areas, where higher rates of air pollution prevail, meaning that their lungs are less resilient to the virus. Geraint Davies, the chair of the all-party parliamentary group on air pollution, comments that the government review on Covid-19 “wrongly projects the idea that [minority ethnic] communities may be more susceptible to coronavirus, when it should instead say they are put into harm’s way by living in more polluted areas and by being overrepresented amongst frontline workers.”

This pandemic has seen the homeless housed in empty hotels and global carbon emissions drastically reduced, after world leaders enforced factory closures and grounded flights. What’s more the Hostile Environment Policy was temporarily paused during lockdown, relieving thousands of people from living in fear of deportation. What Covid has shown, is the power of policy changes to solve a societal problem and save lives. It turns out that our government can make hugely impactful policy changes overnight and transform the way the status quo sits in minutes. This proves to me that if the UK government decided they wanted to take a bigger role in tackling climate change, institutional racism and offering protection to refugees, they definitely could. For example, to shed light on the UK’s current participation in the global refugee crisis; Germany is currently hosting 1.1million refugees — in comparison the UK is hosting only 126,720 refugees.

This week is Refugee Week, a time to think more deeply about what we can do to help those caught up in the refugee crisis. What we need now is policy change which will put an end to the inhumane treatment of refugees, health inequality and systemic racism. It’s time to push back against the kind of necropolitics which suggests that some lives matter and some don’t. We all have a responsibility to hold the government to account, so that when leaders talk about “saving lives”, this commitment is extended to all people, regardless of their race, gender, class or immigration status.

What Refugee Integration Strategies Work in the UK?