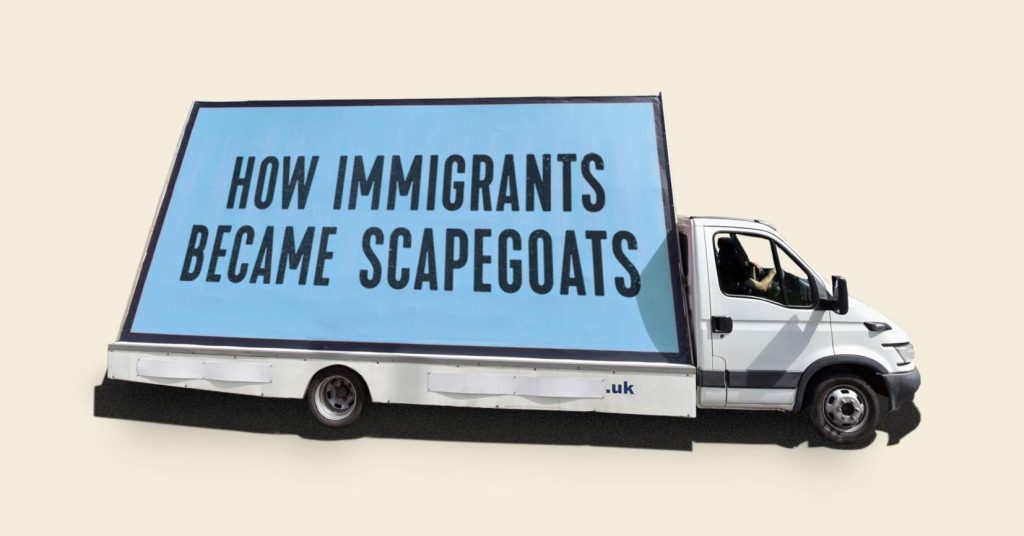 A new critical report by the Equality and Human Rights Commission (EHRC) has found that the UK Home Office has broken equality legislation with its hostile environment policy.

The hostile environment is a set of measures that form part of the inhumane stance on immigration taken by Theresa May’s government. Its aim was quite literally to make Britain as hostile an environment as possible for people without leave to remain to live in the UK. This way, it was thought by the Home Office, individuals without permission to remain would not seek to enter the UK from abroad, and those already present would be incentivised to leave “voluntarily”. The measures – entrenched in law by the 2014 Immigration Act – include severe restrictions on access to employment, housing, healthcare, bank accounts, and the right to appeal against Home Office decisions. It also makes immigration application processes lengthy and expensive. Although the hostile environment criminalises behaviour that is already criminal (i.e. illegal entry and overstaying), it also penalises private individuals and entities who fail to enforce immigration laws. In essence, immigration checks have been privatised: airlines, ferry companies, employers, landlords, colleges, universities, banks, and doctors have been given the task to conduct immigration status checks on their tenants, users, customers, and clients. 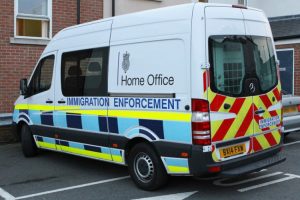 The effects of this are disproportionately negative on migrants, ethnic minorities, and women. The transferring of responsibility for checks and controls onto members of the public has fostered new forms of racial profiling, discrimination, and abuse of power. For example, an investigation by the Joint Council for the Welfare of Immigrants (JCWI) found over half of landlords surveyed said the hostile environment scheme would make them less likely to rent to foreign nationals. In a mystery shopping exercise, Black, Asian, and Minority Ethnic (BAME) tenants without passports were ignored or turned down by nearly 60% of landlords, and a higher proportion of BAME tenants were asked for their ID and immigration documents, as compared to white tenants. This quite evidently amounts to discrimination on the grounds of race.

A large group of people legally living in the UK, who have been wrongfully targeted and horrendously treated as a result of the hostile environment are the Windrush generation; made up of half a million people who came to the UK from the Caribbean between 1948-1971 in order to make up for post-war worker shortages. Many were children who travelled on their parents’ passports. In 2013, as a result of the hostile environment, members of the Windrush generation were asked to prove that they had legally entered and permanently resided in the UK. If unable to do so they were suddenly treated as undocumented immigrants. Consequently, many lost their jobs, homes, and access to benefits and the NHS. Some were placed in detention centres, deported, or refused the right to return when attempting to come back home from holiday abroad.

Although the scandal sparked a public outcry, it was not until 2018 that the parliament acknowledged what was taking place, resulting in the resignation of Home Secretary Amber Rudd. This was followed by several critical investigations and reports such as the Windrush Lessons Learned Review by Wendy Williams (2018), the Lessons Not Learned: The Failures of Asylum Decision-Making in the UK (2019), and Access Denied: The Human Impact of the Hostile Environment (2020). The reports concluded that amongst other things the hostile environment has forced people into destitution, malnutrition, mental ill-health and substandard accommodation due to lack of recourse to public funds; fostered racism and discrimination; prevented migrant women who were victims of domestic abuse to seek help in fear of being deported; and affected in disproportionate ways almost 60000 UK citizens from Commonwealth countries. 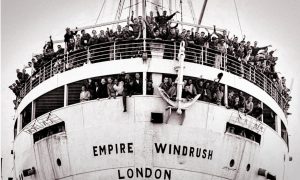 As a result of the multiple damning reports about the scandal, a Windrush compensation scheme has been set up by the government for those who suffered losses. Despite this, people are still being denied their basic rights. Ken Morgan, whose passport was mistakenly and unlawfully confiscated when travelling back to the UK from a funeral in Jamaica, is still being denied citizenship. The compensation scheme has also been criticised for being too slow and difficult to apply to. Applicants have been waiting for payments for months whilst still experiencing precarious financial situations as a result of the Home Office’s measures. In spring 2020, out of the 1275 who had applied to the scheme, only 60 had received some compensation.

Moreover, the Home Office planned to deport fifty British people to Jamaica on the 2nd of December 2020. Public figures such as author Bernardine Evaristo and historian David Olusoga urged airlines not to operate the charter flights. The Home Office and Jamaica then quietly agreed not to deport people who came to the UK as children. This resulted in the deportation of thirteen people. But the deal has been criticised. Detention Action director Bella Sankey stated: “this agreement marks progress in reforming our barbaric deportation system, but why the secrecy? To be effective, this rule must be written into the law.”

So although the recent EHRC report is important, it doesn’t provide much new knowledge or make right any wrongs. Moreover, with Brexit coming up British immigration policy is in a state of flux. As the government prepares to end the free movement to and from to European countries, parallels seem to be emerging between certain experiences of the Windrush generation and those of EU citizens. In order to secure their immigration status in the UK, EU citizens have had to apply to the Home Office’s EU Settlement Scheme. Those who have missed the deadline are formally subject to the hostile environment policy and could lose their rights to renting, employment, benefits, and public services. 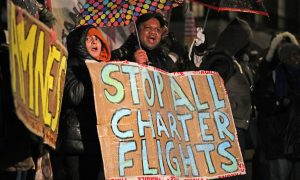 Both Brexit and the Windrush scandal might be seen as expressions of border anxieties that influence questions surrounding citizenship and belonging in contemporary Britain. It is important to consider British history – especially the history of race, empire, and migration routes – when trying to understand how national boundaries are crucial to identity and migration narratives in Brexit Britain. The current border anxieties between Britain and Europe arguably form part of a longer history of British-European border wars and annexations fought in the Caribbean during the days of the Empire. The Brexit themes of national sovereignty, anti-immigration, and residual beliefs in an empire are also not far removed from the doctrine of Powellism that haunted Britain in the 1960s. The Brexit campaign was partially underpinned by relations with the Commonwealth, which can be seen in popular media such as the tv series The Crown as well as in social and political discourse: Borish Johnson has nostalgically spoken of Brexit as a possibility for strengthening relations with the Commonwealth.

The hostile environment approach to immigration is outdated and rooted in institutional racism. It is also not achieving its aims: analysis of Home Office data shows that the number of “voluntary” emigration by people without leave to remain has fallen since the measures were introduced. In order to uphold human rights standards and to prevent injustices like the Windrush scandal, the UK immigration system – alongside the Home Office culture in general – needs to be reformed completely.