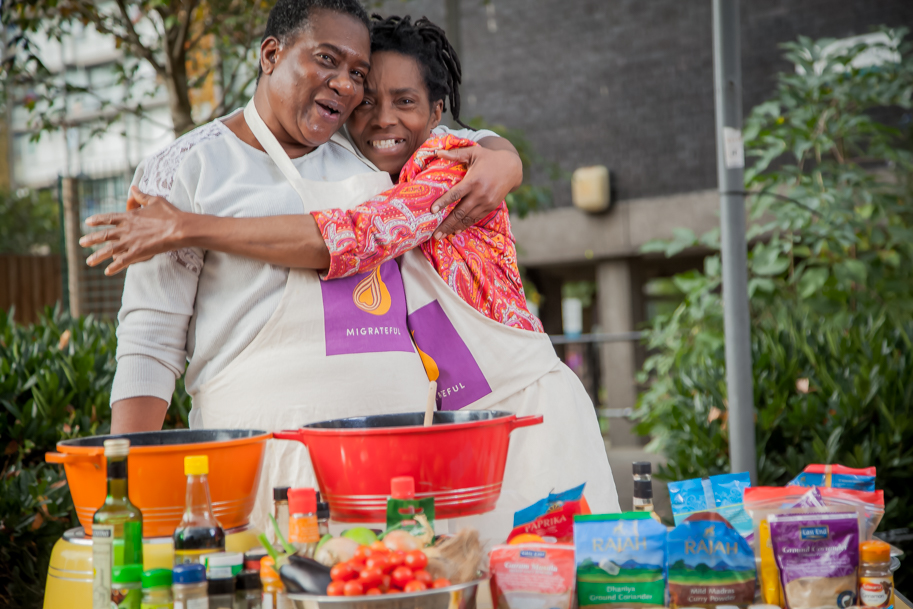 “Living and working in Britain had always been my dream” explains Paulett, a highly qualified and passionate teacher, with two degrees in International Politics and Spanish. Paulett continues “in Jamaica migration to the Mother Country (Britain) was considered the key to our survival. After World War Two, the UK needed us to fill their labour shortages and that worked for us too; we could go to the UK, earn money and send it back home. I wanted to work in the UK not only to fulfil my career ambitions as a teacher but also so that I could send money back to my sisters and their children”.

The UK government came to Jamaica to begin a recruitment drive in the late 1990s to fix a teacher shortage in the UK. Paulett was told by the recruitment agency that the immigration rules in place allowed teachers from the Commonwealth with qualifications to become teachers in the UK. They said after 7 years she would automatically become a British Citizen. So in 2002, she arrived to London with her 6 year old daughter. She taught at various secondary schools mostly in South London, specialising in Spanish and English. Enjoying being on a teacher’s salary, she got a mortgage and bought a house. She loved her life in the UK.

However, in her fifth year of teaching in the UK, the immigration rules suddenly changed. She was told that she would have to retrain to gain a new qualification in order to be able to extend her visa. However she did not have enough time to retrain before her visa expired. So in 2007, Paulett became an overstayer. “My daughter was now 11 having just started secondary school. I knew that if I went back to Jamaica I’d be unemployed. I loved my teaching job in the UK and my family in Jamaica were relying on me to earn money to send back to them. I was determined to stay”.

After Paulett’s visa expired she lost her teaching job and her house. She lost all of her savings and most of her possessions. Paulett eventually began sofa surfing and staying at various contacts across London with her daughter. She was desperately trying to keep the family together and make sure her daughter could still attend school with minimal disruption to her studies. She eventually became street homeless, and was sleeping rough for a number of weeks in the summer of 2015 before being identified by Streetlink. As an overstayer Paulett has no recourse to public funds, and is currently prohibited from working.

“Since 2017, every 2 weeks I have to report to the Home Office. I always take some clothes in case I get detained. Every time I think maybe this is it. It terrifies me; I would be so devastated if I got deported back to Jamaica and separated from my daughter, she means everything to me”. Paulett explains “the injustice is to invite us to the UK to solve the UK’s teacher shortage, give us hope, let us settle in, let me buy a house, then suddenly change the immigration rules because my services no longer benefited the UK government. Over night I went from being a respected member of society to feeling like a criminal, judged and helpless, living on the street.”

Paulett’s critique of the Home Office is echoed by many of Jamaica’s high officials. For example, Sir Hilary Beckles, vice-chancellor of the University of the West Indies comments on the UK’s recent treatment of its Caribbean population; “we’re seeing the latest example of Britain’s “project approach” to black people — “you mobilise them for a project and when you’re finished, you demobilise them”” . This is exactly what outraged the British nation during the Windrush scandal of 2018. It was discovered that Jamaicans (who were recruited after the war to fill labour shortages in the UK) were being deported on charter planes in the middle of the night even though they’d lived in the UK for over 50 years. The shear inhumanity of the Conservative’s attempts to crack down on net migration figures was being revealed.

Undoubtedly, Paulett’s life got significantly more difficult when in 2012 Theresa May, the Conservative Home Secretary at the time, introduced the Hostile Environment Policy. The policy’s aim was “to create, here in Britain, a really hostile environment for illegal immigrants”. This policy introduced legislation requiring landlords, employers, schools, hospitals and other state services to demand evidence of a migrant’s right to remain in the country and if unable to provide it, deny them access to these services. The aim of this policy was to make the UK so unbearable for illegal migrants to survive in, that they would choose to leave voluntarily. A recent report into the effectiveness of this policy showed that it hasn’t worked because as one asylum seeker put it: “being illegal in the UK is still better than being legal in my own country”.

Every day at Migrateful we see the reality of what this hostile environment policy means; forcing people into destitution and homelessness. Over half of our chefs are destitute asylum seekers, without recourse to public funds, unable to legally work and on average waiting 10 years to get their status. Ahmed our Lebanese chef who’s in a wheelchair after getting shot in Lebanon is in constant fear of homelessness. He told me “Jess it’s not going to be easy living on the street in a wheelchair, I wish the Home Office could be a bit kinder”. The UK government is failing to protect its most vulnerable people. There has been a 165% increase in rough sleepers after the Tories took over power in 2010. A lot of our chefs are not eligible to free healthcare so they try to survive without it. The story of the Ethiopian asylum seeker who needed chemotherapy but was not eligible to NHS treatment and so tragically died last month, highlights the true inhumanity of this policy.

In the run up to the general election this is our chance to demand a government which implements policies which allow people to live in dignity not destitution. Policies based on values of compassion and kindness. Paulett said to me “Jess I just hope one day I can live in peace again as a mother and a teacher here in the Mother Country.” I hope so too Paulett.

Falling From The Sky

Migrateful Stands in Solidarity With The Black Lives Matter Movement