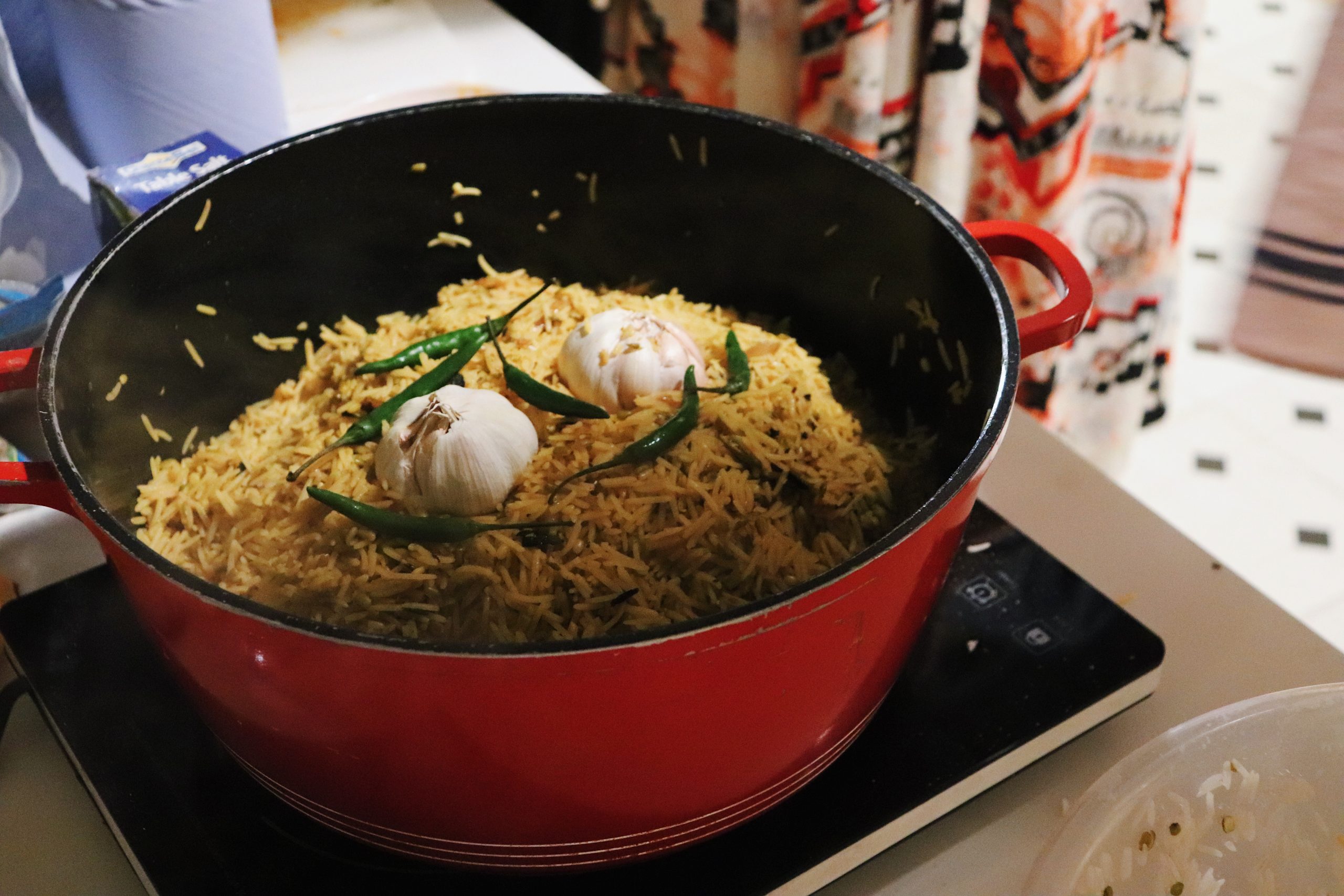 Founder Jess interviews Abdul, an Iran-born refugee from Afghanistan. He shares his story as a chef, TV producer, business owner and integration officer.

Abdul: My name is Abdul. Officially, I’m from Afghanistan but I wasn’t born there. I was born in Iran as a refugee and I returned to Afghanistan when I was teenager. Eventually, I had to leave Afghanistan because of my activities and my job as the TV producer of a political group. We were working for human rights, women rights and democracy, and fundamentally the Taliban don’t like [these forms of media]. When I came to the UK, I realised it doesn’t matter what it officially says you are on paper. You’re a human; it doesn’t matter where you’re from or where you were born. What does matter is where you are now and what you’re doing.

Jess: I think that’s a very powerful message. I wondered if you could tell us a bit about your cooking. You corrected me earlier when we were talking and you said that “I consider myself a Persian cook rather than an Afghan cook”. Could you tell us a bit more about why you don’t identify with the term Afghan so much?

Abdul: The country named Afghanistan is less than 200 years old. If you know about that geography’s history, [the place] we currently call Iran, [Afghans] call that “western Iran”. As Afghans, we have lots of historic and cultural symbols of Iran in the current Afghanistan. We are “eastern Iranians”. The dishes which I teach in my classes are not Afghan dishes. By geography or by political name, they may be Afghan, but of course they’re not. Afghan people are part of an ethnic group in Afghanistan [who] have been in power for about 100 something years. They force other people to adopt the label of Afghan, otherwise they must leave the country. The dishes I teach are Iranian or Persian dishes. If you go to Tajikistan, you can see the same dishes. One of the main dishes I teach is Khichri and that is also known even in Kashmir. “Persian” or “Iranian” dishes are closer to what I called “eastern Iranian” dishes.

Jess: What would you say is the dish that most reminds you of your childhood or of where you consider home?

Abdul: Khichri. I’m sure lots of participants who join my classes or Habib’s classes for Khichri [will agree]. When we fry the seasoning and the onion, the smell goes everywhere! If it’s windy, people from a kilometer [away] could smell it. Because of the taste and the flavour, it’s very strong and any time I smell that, I fly to my childhood.

Jess: That’s so nice! I have tried your Khichri and it’s extremely good, so I can vouch for that.

Abdul: Especially the crisp at the bottom of the pan, that’s amazing. For me, the eatable things which give me power and make me happy [are] my favourite dishes. The dishes we make with love are the best.

Abdul talks about becoming a refugee in the UK

Abdul: After the 2014 cheat election in Afghanistan, I resigned from my position as the director of Political Television and I opened a brand of fast food where I used more of my cooking skills.

Jess: Why did you decide to resign from that job?

Abdul: Because one of the main basis of democracy is the media. We trust the media and we trust people. When John Kerry came to Afghanistan [from the United States]  to decide who should be the next president of Afghanistan, where was the democracy? It was a very big lie to the people. I didn’t want to stay [in that job] and say to people that everything is fine, and that that was democracy. It wasn’t democracy and I didn’t want to be part of a big lie. I resigned and became a simple person; I started a brand and ran my own business. That business is much better than lying to people about their futures.

Jess: You’ve done a lot of impressive stuff since you’ve been in the UK. Abdul has been teaching Afghan — or should I say Persian — cooking classes; he also runs his own business and you’ve also been an Integration Officer. Could you tell us a bit about that role and the obstacles that you’ve seen in terms of refugees integrating in the UK?

Abdul: When you move from an underdeveloped country to a First World country, it’s a very big gap. Language is the first and most important thing for refugees. Language is like a torch in the darkness: it helps you find your way. The second thing is refugee centres or citizen advice bureaus who can tell you what rights you have [as a refugee] and what support you can get. After that, we need [UK] people to support refugees, to civilise and integrate refugees, to help them find their way or find education. We have lots of [refugees] with degrees and Master’s but unfortunately because they can’t find their way, they end up working in a pizza shop or as a delivery guy. If they integrate in the right way, they are specialists from different backgrounds and cultures who can support and improve the British community.

I also want to focus on women and children: they are in need of integration. There are so many mental pressures on [refugees], either due to war or other reasons for leaving their home country. I can see that there is a very strong community of women in Britain and they really should support refugee women, refugee mums, to help them integrate, to learn English, to become educated, to make money. If you go meet refugee women, they have lots of problems that you may not know about but they will be willing to share them with you, and you can find a solution for them.

Some names have been changed to protect the privacy of individuals.

The privilege of home