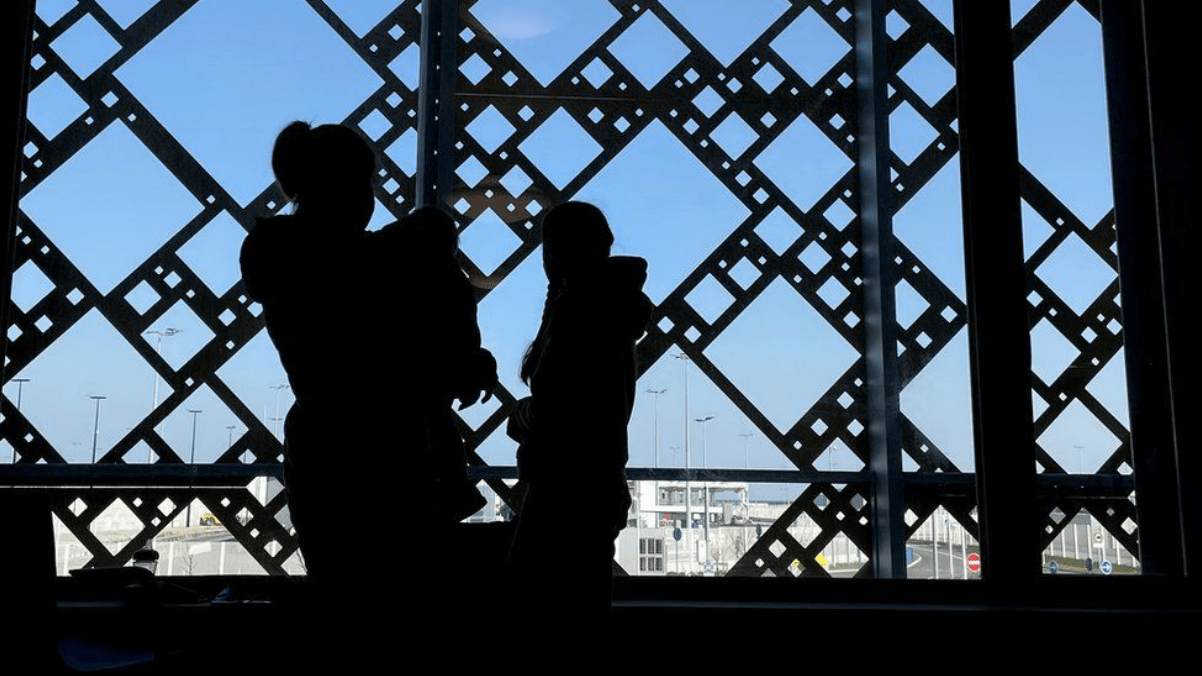 Members of a Ukrainian family wait for paperwork to be completed at the ferry terminal in Calais, France CREDIT: PA MEDIA

Britain has been identified as one of the worst places for refugees in western Europe, and the ongoing crisis in Ukraine is a fresh testament to that. Since Putin’s invasion of Ukraine on the 24th of February, the UK has been one of the leading countries drumming support for Ukraine In terms of financing and campaigning. But its approach to fleeing refugees from the conflict has been described as slow, woeful, and inhumane.

What Has the UK Done to Help Ukrainian Refugees?

After widespread criticism for not doing enough to support the refugees, on February 27, the Boris Johnson-led administration announced temporary visa concessions for Ukrainians to allow immediate relatives of British nationals in Ukraine to apply for a family visa to enter the UK. The route covered:

However, after the call by Labour to include other family members, Home Secretary Priti Patel widened the scheme on March 1 to include:

On March 7, the Home Office said 17,700 applications had been started under the scheme, adding that about 9,000 had not yet completed the application. But some applicants complained that the visa application process was hard, as the appointment website crashed midway through. This and other technical difficulties and bureaucratic hurdles have slowed the process, leaving applicants frustrated. The Shadow home secretary Yvette Cooper described the development as “shockingly low and painfully slow.”

The first weekend after the visa application was announced, some media reports showed that only 50 visas had been issued under the scheme, though the government disputed the figure and affirmed that 300 had been issued. Some UK residents who wanted to help bring their Ukrainian family members were in limbo, as their fleeing relatives were stuck in other countries due to the slow UK visa process. A woman whose 73-year-old mother was stranded in Germany called the UK’s response to refugees “inhumane.”

On March 9, Mr. Johnson told MPs that “almost 1,000 visas” had been granted, and the number is expected to “rise in the region of hundreds of thousands.”

Saying Much, but Doing Little

Since the start of the crisis, over two million people have fled Ukraine, and many more are expected to do so in what could potentially be the worst humanitarian crisis in Europe since WWII. Most fleeing refugees are pouring into Poland, Romania, and Slovakia.

As of March 8, Poland has welcomed roughly 1.2 million Ukrainian refugees, giving them accommodations, food, medical care, and other support. Hungary, Romania, Slovakia, and the Czech Republic have also received over 100,000 each. Moldova, one of Europe’s poorest countries, had accepted over 80,0000, and Germany 30,000. Compared to other countries in Europe, the UK has welcomed one of the lowest numbers of Ukrainian refugees.

This development highlights the UK’s long-standing message; that refugees are not welcome in the country. This is not the first time the UK will be criticised for poor handling of the refugee crisis. In February, after the deaths of some migrants at the Channel, President Macron of France accused the British government of managing its immigration system through “hypocrisy.”

In 2015, the Guardian analysed the experience of asylum seekers and refugees in Europe’s big five nations – the UK, Germany, France, Spain, and Italy – and found that the experience in the UK was the harshest. The analysis found that the UK took fewer refugees, frequently provided substandard housing, offered less generous financial support and did not allow asylum seekers the right to work. As a result of bureaucratic delays, some people were even forced into destitution and homelessness.

On August 9, Mr. Johnson had boasted of his government’s “proud, proud record,” saying, “we’ve done more to resettle vulnerable people than any other European country since 2015.” According to the UN, Resettlement is the transfer of refugees from an asylum country, where they had initially sought refuge, to another State that has agreed to admit them and ultimately grant them permanent residence. While the Prime Minister’s claim is right about this set of refugees, as the UK has resettled more people than others, the overall picture is completely different.

Despite having very few refugees compared to other nations, the UK has one of the most hostile environments for refugees in Europe and regularly tightens its immigration policy to make it more difficult for refugees to enter.

A more recent Guardian report also revealed that the poor treatment reached unprecedented levels in 2021 and the Ukrainian experience could be an indication that the British government doesn’t really care about the rising global refugee crisis. While EU nations are allowing Ukrainian refugees three-year residency without a visa, the UK hasn’t lifted restrictions on entry, which explains why the process has been dramatically slow.

Apart from its slow response, the Home Office has also been accused of giving misleading information to exaggerate the help so far rendered to the fleeing refugees. The allegation came from a Conservative MP, Sir Roger Gale, who called it a usually resigning matter. This followed the home secretary’s claim that a visa application centre for Ukrainians had been set up in Calais, where many Ukrainians had gathered. The statement was, however, found to be “untrue,” according to Gale.

Reports show that hundreds of Ukrainian refugees were turned back at the UK border at Calais. After promising that a Home Office “surge team” would be available in Calais to support refugees fleeing the war, the government is now saying there is no visa application centre (VAC) in the city, and they should go elsewhere. Patel later said she decided not to set up a VAC at Calais because criminal gangs of traffickers might exploit refugees in the city. This is another factor that has made the entire process discouraging and cumbersome for applicants.

Meanwhile, a UK-based immigration law firm, Immigration Advice Service (IAS), has taken the initiative to offer free legal advice to Ukrainian nationals and residents who are either in the UK or attempting to migrate to the UK following the Russian invasion. The free advice scheme was launched due to IAS’s growing concern over incorrect and misleading advice provided to Ukrainians by the Home Office helpline.

“A group of lawyers at IAS have volunteered their time to provide this assistance following alarming conversations with a number of clients who had received incorrect, misleading, and often dangerous advice from the helpline set up by the Home Office,” IAS Immigration Casework Supervisor Natalie Pashley, said.

A statement on its Visa Concessions for Ukrainian webpage reads: “We are offering free advice sessions to help you [Ukrainians and their family members] navigate this difficult time.”