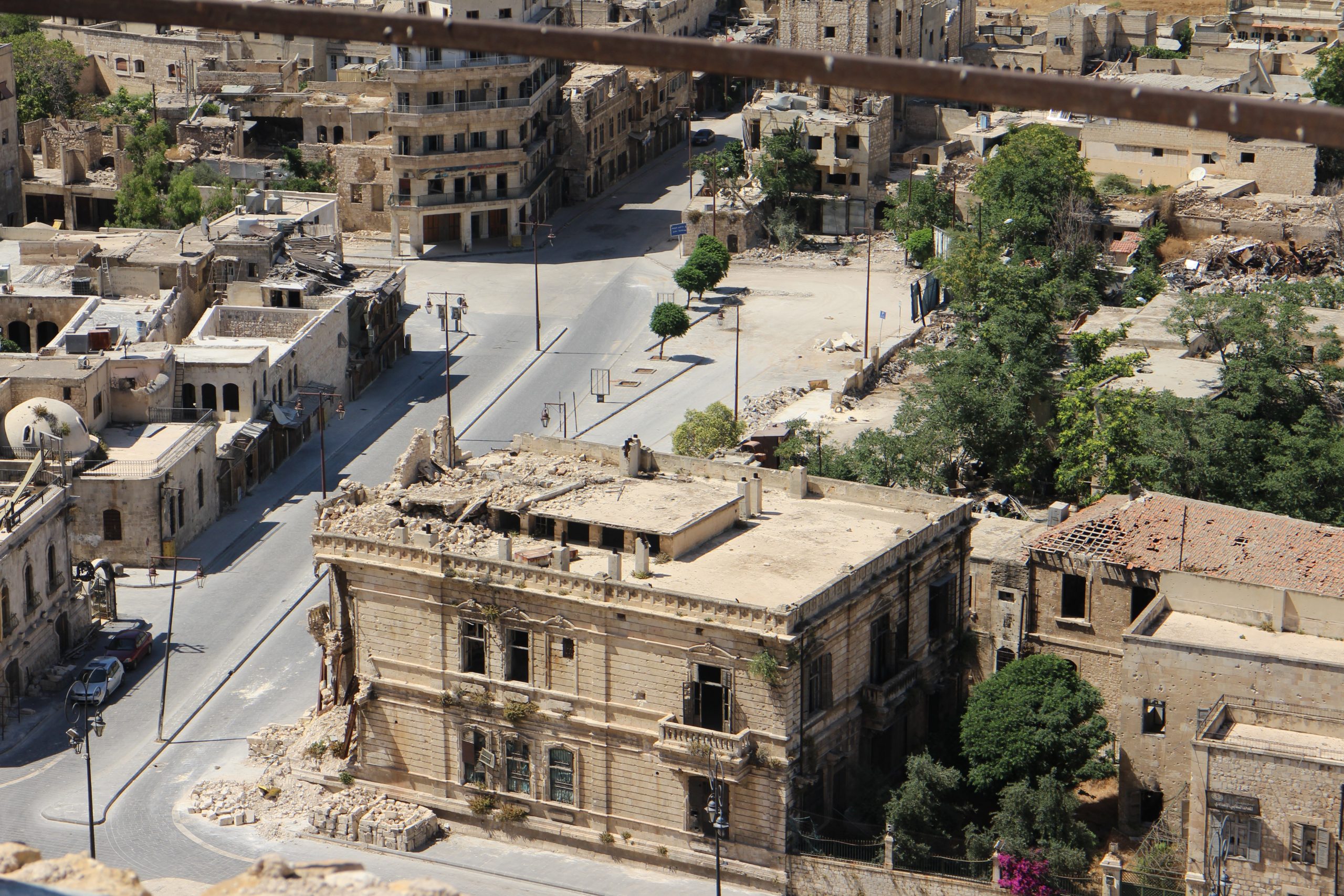 March 15th 2011, 10 years ago from today, marked the start of the Syrian war. It began with 50 peaceful protestors, calling for democratic reform.

Syria has an autocratic government with the al-Assad family in power since 1963. In this world, such demonstrations were rare. Unbeknownst to the 50 protestors and the many who watched from afar, this would be a war that continues to ravage Syria till this day.

How did it start?

March 2011: fifteen teenagers were arrested and brutally tortured by security forces for scrawling anti-government graffiti in the city of Daraa. Their inhumane detention sparked peaceful civilian protests in the city. Met with an unbudging administration, the anger of the people escalated in a matter of days. Protestors demanded the end to corruption and chanted deep rooted dissatisfactions towards the Assad regime.

In response to the civilian uprisings, government forces resorted to lethal violence and opened fire on unarmed protestors. On 25 April 2011, Daraa was barricaded by the Syrian military. All incoming telephone lines, media, food and medicine supplies were blocked as forces exerted excessive and indiscriminate violence on civilians.

Yet, this only added fire to the inferno. Protests demanding the resignation of Bashar al-Assad – peaceful and disruptive alike – spread throughout Syria. It was not long before the country was embroiled in a civil war.

The descent from peaceful marches to war was partially fuelled by neighbouring developments of the Arab Springs. At this point, civilian-led protests in Tunisia and Egypt had successfully toppled their respective oppressive governments. No one was to know the horrors that were soon to follow the initial victories.

In Syria, as abolitionist demands deteriorated, revolutionary groups formed armed coalitions. Some were defected soldiers while others were militia with vested interests to capture territories in the country. They clashed with government forces to take control of Syrian cities.

Why is it still happening?

The Syrian conflict is so much larger than Syria

As with most revolutions, opposition to Assad’s government has been deeply fragmented from the beginning. Some of us may recognise the Free Syrian Army. They have received support from foreigh powers and are often regarded as the figurehead of the opposition. In actuality, there are numerous other loose factions that have fought over the past 10 years. This has caused much in-fighting, preventing revolutionary forces from mobilising effectively.

Matters were further complicated when extremist and moderate militants, like the Islamic State (IS/ISIS/Daesh) and jihadist militia, joined the fray. IS took advantage of Syria’s disunity, fighting both oppositional and government forces to grow their territory. At their peak, IS captured over a third of Syria.

3. Foreign Support for the Assad Regime

Iran is one of the earliest economic and military backers of the Assad regime. Iran’s prime motivation is the expansion of Shia groups across the Middle East. Conveniently, the Assad family are Alawite muslims with strong ties to the Shia sect. Syria is a country of predominantly Sunni muslims, and the current instability presents an opportunity for Iran to proliferate their agenda. Their support since 2013 has allowed the Assad regime to prevail till this day.

Russia has had political relations with Syria since the Cold War and is a key supporter of the Assad regime. Both Putin and Assad came into power in 2000. It is in Russia’s national and security interests to provide military power and economic aid to the Syrian government. Russia has deployed air strikes against the Opposition since 2015, which have been pivotal in stabilising the regime’s control.

There are a number of foreign countries allied in support of the Opposition, but their alliance has dispersed interests, making it a precarious coalition that is prone to disunity. At this point, the Syrian War has spiralled far from its revolutionary beginnings.

Saudi Arabia and the Gulf States provide significant support to revolutionaries but their primary aim is to defeat Iranian forces. They are largely unconcerned about the democratisation of Syria. They also provide weapons to jihadist groups like the Islamic State, which continues to exacerbate the conflict.

The US and Turkey are in a NATO alliance to defeat IS, and so indirectly support the Opposition. Yet, their relationship is contentious. To fight IS, the US provides military aid to the Syrian Democratic Forces (SDF) who are tacitly connected to the Assad regime. Ironically, both Turkey and other Opposition factions are in conflict with the SDF, and regard them as an extremist group.

As of 2020, Turkey has also taken hold of Idlib province, Northern Syria, and is still in conflict with Russian-backed forces of the Syrian government.

The UK, alongside France, has a proxy involvement in the Syrian War due to their allyship with the US to fight the Islamic State. Between 2015 – 2019, the RAF has conducted over 260 airstrikes in Syria to recapture IS territories. The civilian casualties of these drops are usually unknown, but probable, due to the lack of ground intel.

This is only a snippet of the many contradicting relations that have encased and prolonged the Syrian War.

The web of violence becomes more entangled with each passing year. With so many intersecting agendas and grudges at the table, peace talks have been incredibly difficult. UN-led negotiations have repeatedly ended in failure. As of February 2021, negotiations between the Syrian regime and the Opposition have been suspended indefinitely.

Peace in Syria cannot be made without the support of the international community. There are now over 600,000 deaths, 11 million Syrians displaced and 13.4 million in need of humanitarian assistance. The UK contributes live-saving humanitarian aid to Syrians and refugees in and outside of Syria. Now, more than ever, the help of the UK public is needed.

To learn about how you can help on a local and international level, tune in at 5pm, March 15 on IGLive to hear our two Syrian chefs, Majeda and Momo, discuss the Syrian War with Founder Jess.

Lebanon after the Beirut Explosion